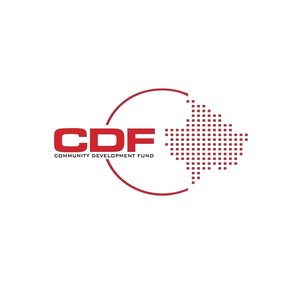 Under EU Funded Program No: RFA001

The Community Development Fund’s 20 years of robust project and funding management experience, spreading across donors, sectors, and topics, all of its approx. USD 75 Million implemented projects—have one common characteristic, their focus on the communities, their empowerment, local development efforts, and overall beneficiary-centered approach on all topics it has covered thus far within the Human Rights areas that are covered in a cross-cutting context. On the other hand, given the extensive in-country expertise, the inclusion of key CSO partners to implement certain activities is an added value and a unique opportunity to bring proven and tested partners as another layer of insurance for a successful and competent implementation of this Project.

About Group for Legal and Political Studies:

Group for Legal and Political Studies is an independent, non-partisan and non-profit public policy organization based in Prishtina, Kosovo. Our mission is to conduct credible policy research in the fields of politics, law and economics and to push forward policy solutions that address the failures and/or tackle the problems in the said policy fields. Our main goals are: a. to support the democratization of the polity with regard to institutional and substantive policy reform; b. to strengthen the rule-of-law capacity and performance via informed policy solutions and practical advocating strategies; c. to enhance the economic growth and development by promoting market strategies that increase the rate of growth and stability, and d. to help improve regional cooperation and Kosovo’s presence at the international level.

JUST REACT is funded by the European Union amounted to 363,505.10 EUR for a 3 years’ period. The overall goal of the project is to boost and improve access to justice through an informed and educated citizenry, resulting with an increased trust in the justice sector, and enhanced institutional transparency and performance. Combining civil society activism with an increased civic engagement, JUST REACT aims to substantially improveaccess to justice, through and informed and empowered citizenry. Fundamentally, the project aims to promote the role of citizens and the civil society in promoting transparency, accountability, and protection of human rights and fundamental freedoms in Kosovo. JUST REACT regularly advocates for an improved access to justice for all citizens, with special emphasis on vulnerable groups, rural communities, victims of violence and discrimination, those prone to abuse, or others that have fewer opportunities for proper access to justice in general. It will also strengthen the dialogue between civil society, citizens and relevant institutions in combating social injustice, and lack of access to justice which is fundamental for further improvement of the rule of law in Kosovo.

According to Ombudsperson's Institution of Kosovo and the European Commission Report 2019, it was evident that a large part of the population needed to be made aware of their human rights and how to protect them. Therefore, the institutions' transparency and the legal system's efficiency can only be guaranteed if the population is aware of its rights. Furthermore, despite the ongoing reforms, the justice system continues to have a large case backlog, thus presenting an obstacle to the guaranteed rights of persons belonging to different ethnic groups, particularly Roma, Ashkali, and Egyptian communities, who continue to experience discrimination. The EC 2019 report also found that journalists and human rights defenders have been subject to threats and attacks during the last few years. Unfortunately, after so many years, Kosovo is still not able to effectively ensure gender equality in practice, especially concerning remains the issue of domestic violence and discrimination against women; gender-biased sex selection; child abuse; human trafficking; discrimination against minorities, especially Roma; inadequate support for persons with disabilities; poor conditions in mental health facilities; sporadic ethnic tensions; and child labor in the informal sector.

The overall goal of this RFA is to strengthen the role of the local organization and enable them to participate, monitor, and advocate on some of the key local policies dedicated to protecting and promoting human rights and access to justice.

The specific objectives are the following:

This RFA is designed to support small-scale CSO efforts within Kosovo. It is intended for interventions that will be implemented and have an impact, either nationally or across multiple, diverse provinces. Similarly, activities should be directly relevant to the objectives stated. Though a variety of approaches may be used, such as those below, such methods should support greater participation and capacity building to ensure more consultative and accountable institutions and systems.

In pursuing the RFA objectives, the applicants should consider a full range of interventions as is to be expected from civil society. These include, but are not limited to:

Supporting the RFA objectives could be realized through the following illustrative tasks (not exhaustive). Proposed activities should reflect your organizational objectives, experience, and capacity.

Applicants can propose initiatives that address any of the above areas or more than one area. Applicants are encouraged to network with like-minded organizations and engage government institutions where practical to increase their impact and widen their reach; and, where applicable, leverage various media platforms, including mainstream, social, and alternative media, to amplify the impact of their initiatives. The application should identify the anticipated effect of achieving changes in policies, practices, knowledge, attitudes, and behaviors.

All applications must demonstrate how gender considerations have been incorporated into the needs analysis, problem definition, design, and implementation plan of the proposed intervention. Applicants are expected to ensure that the stakeholder consultations used to identify proposed interventions involve a broad cross-section of actors and reflect gender, age, and, where applicable ethnic/religious balance.

The stakeholders consulted should represent a variety of political viewpoints and include both women and men in roughly equal numbers. In addition, they should have consulted and incorporated the perspectives of the youth. Finally, the applicant must give an indicative number of people the project seeks to benefit, disaggregated by gender.

This RFA is tailored to support grassroots Civil Society Organizations (CSOs) working in diverse areas relevant to human rights. The crucial role of human rights in the harmonious development of societies and the adequate protection of civil and political rights becomes even more relevant in times of economic or other crisis, when there may be temptations to neglect the rule of law and democratic principles.

Eligible organizations are invited to identify their specific needs regarding the topic, methodology, and implementation of the action concerning one or several objectives listed above. The activity can be implemented through different methods.

JUST REACT will be funding up to five (5) grants with a maximum budget of 10,000 EUR. All award activities must have a period of performance between 4 to 6 months. JUST REACT may choose to fully fund or incrementally fund the selected application(s). The number of awards and amount of available funding are subject to change and CDF reserves the right to make no awards as a result of this RFA.

In order to meet the minimum eligibility criteria for a grant award, the applicant or its concept paper application must:

All applicants are required to submit an application no longer than 3 pages (including the cover page) that is specific, complete, and concise. The applications should demonstrate the applicant’s capabilities and expertise with respect to achieving the goals of this program. Applications can be submitted in the three official languages. The applications must be submitted by email to: grants@kcdf.org no later than the deadline on the cover page (24 Feb’23) of this RFA or subsequently announced deadlines if additional reviews are announced. All correspondence must include the relevant RFA number and title (example – RFA001_NGOName_project name).

Cover Page (no more than one 1 page) must include:

Technical approach (no more than 2 pages):

The technical approach will be reviewed in terms of responsiveness to the RFA, appropriateness of subject matter, and creativity. Applicants are encouraged to demonstrate how their proposed work will contribute. This section should also address the program summary and selected objectives of this document and should include:

Applications will be reviewed in terms of responsiveness to the RFA, appropriateness of subject matter, and creativity, according to the evaluation criteria identified below:

The concept paper will be evaluated by the Review Evaluation Committee (REC) consisting of internal and external members.

The point of contact for this RFA and any questions during the RFA process is:

Those applications that are not submitted in accordance with the RFA requirements will not be considered for review.

A public information session will be held on Feb 09, 2023, at 10:00 PM through CDF and media platform, on the following official web pages: www.kcdf.org, and https://www.facebook.com/CDF 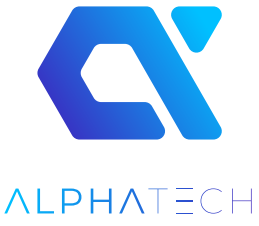